Why is The Need

We have been receiving calls from throughout the country; people with monocular vision are not able to take a bit further to Driving License as they are not being issued with the Medical Certificate (Form 1A). As I have toiled through the process, I am here to help our fellows to get Medical Certificate as much as I can.

First of all let us discuss visual standards set for a person with monocular vision to hold a Driving License for private transport in the world. In countries like US, UK visual standards are referred to BCVA & Peripheral vision & they are defined differently for every state. Standards applicable are:-

I have just got the confirmation that CNN-IBN will be out in the field to make a case on the driving license for the people with monocular vision in India. You are kindly requested to contact Shivraj Kumar at his email address This email address is being protected from spambots. You need JavaScript enabled to view it. in Delhi. His contact number is 9891166677

Shivraj is in Delhi and is assisted by Kapil Kaushal. You can join them and co-ordinate with him to participate in the reporting this case.

Come on guys make a good case of it and make it a national issue to spread awareness among the officials and the doctors.

Driving License for People with Monocular Vision: Fresh cases of Discrimination and Harassment by the Transport Departments

It has been long since I posted a new article here.

But now is the time to give you updates on what has been going on in the background.

Today I bring you the case of two people who are fighting to get a driving license the legal way.

As I have reported before, I am also a person with a monocular vision. And I have fought the legal way to get a driving license from the motor vehicle department at Delhi. My case was a unique one and I thought to share the processes of my journey to get a DL as I went through them. When I shared my fight with the motor vehicle department at Delhi, I was thinking my case should be enlightenment for others facing the same situation as that of mine. As I have reported before, I fought my case and I also won it and got the driving license in 2010.

Why is the precedence not holding true in other offices!

But alas, despite the precedence of mine getting the driving license through the legal methods, I see that people are still facing the case of denial. Even though I have shared a scan copy of the RTI reply from the Delhi Transport Department stating that people with monocular vision are eligible to get a driving license if they furnish a medical certificate in the prescribed format, I see that several offices in Delhi are still denying a Driving License to people despite that they provide all the necessary documents and certificates.

Another Case of DL Denial by Gujarat Transport Office

I got a mail from another person, named Sindhav Jayadeep, who suffers from a similar physical condition. Below is the email conversation that went between him and me today. I have requested him to keep me updated on whatever follows in his case. I consider this to be another fight for one's right to begin here.

About license procedure and certificate needed.

Hi Jaydeep,
I am also happy to help in whatever way I can to people like you. :)
Well, I can understand that the Rajkot officials must be novices. There is much of a chance that they do not know the rules themselves! So, you can only pity them.

Here is what you should do now:-

Famous People Living with One Eye

Living with one eye is not an easy thing. Sometimes it feels even worse than having any vision at all and one might think that it is better that they did not have any vision at all! At least this way they wouldn't see the what is going on around and can only imagine.

Over the time, I have shared a few of my experiences. The driving license matter I reported this year created quite an awareness for the people around in India having the same situation. I have gotten a few calls as well asking me what to do in such a situation. And they have benefited from this.

For those who think that living with one eye is being physically handicapped, let me show you a few examples of people who have lost the vision in one eye at an early stage of life. 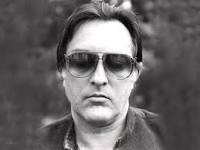 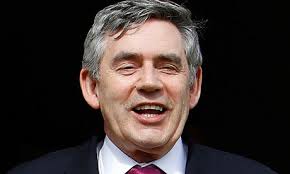 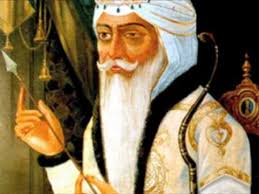 Thanks to Piyush, a user of this website. I have been informed that Maharaja Ranjeet Singh, the former King of Punjab lost the vision in one of his eyes during his childhood. Later he became one among the most revered king of Punjab.

4. I have heard of a person who achieved a Pilot's license has been flying for more than last 30 years without any problem!

There are many more people who live with one eye and they are all perfect at whatever they are doing. So nothing to worry about, we will go as others do and may even fare better! :) If you know of other people who have been living with the same condition, you drop in some details about them below in the comments!

I got the permanent License issued three days ago. :-)

I had gone for the test after five months of learning license being issued. I had gone there with both my car and bike as the license I had applied for was for both two wheeler and the four wheeler (LMVs). The enquiry people had ensured that I had both vehicles of my own out there for giving the test. I had bought car particularly for this purpose. (I am also going to sell it back now :-) ).The guy who was taking the test was known to me. The first day I went to him he did not put me to test, telling me that he did not want to fail me! :-) He asked me to come the next day and everything would be cleared. Well, he was a nice talking guy this time. He did not mince those 'no' words anymore. He recognized even after five months and was behaving very kindly this time.

So, finally I won!

As I said in my last post, I had to file an RTI appeal with the DC of the Transport Department of the Delhi government. The MLO at Vasant Vihar had refused to give me the Driving License for two wheeler motorbike and LMVs. My RTI appeal had enough evidence that the MLO was wrong and that there is no such ruling in the Motor Vehicle Act of the Govt. of INdia that disallows a handicapped person to drive. I was right. The DC, Mr. Ajay Chagti, replied as I expected. In his answer to my RTI, he said that a one eyed person is allowed to hold a Driving License given that he furnishes the medical certificate as I had furnished.